What is AIDS denialism?

This should be more correctly stated as "What was AIDS denialism?"

AIDS denialism was the belief that HIV is not the cause of AIDS. It offered false hope to people living with HIV/AIDS by claiming that HIV is harmless and that AIDS can be cured with natural remedies.1S. Kalichman, "There is no proof that HIV causes AIDS", 2010, https://www.ncbi.nlm.nih.gov/pmc/articles/PMC3015095/

HIV/AIDS denialism had a significant impact on South Africa's public health policy from 1999 to 2008 during the presidency of Thabo Mbeki. It is now claimed by some people that his AIDS policies were directly responsible for the avoidable deaths of more that 300,000 people.2S. Boseley, "Mbeki AIDS denial 'caused 300,000 deaths'", 2008, https://www.theguardian.com/world/2008/nov/26/aids-south-africa

What is the Treatment Action Campaign (TAC)? 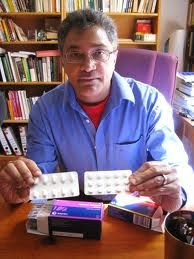 At the time TAC started the cost of antiretrovirals were very high and only people in the private health care sector could afford the treatment. Many people were dying because they could not afford to pay for HIV treatment and many of these deaths could have been prevented.3"Treatment Action Campaign", http://www.populareducation.co.za/content/treatment-action-campaign-tac.

When did AIDS denialism end?

In 2007 President Zuma took over the presidency of the ANC and AIDS denialism mainly came to an end. The position of the ANC changed to one where they supported the use of antiretroviral drugs in South Africa. South Africa started to develop what was to become the largest HIV & ARV treatment program in the world.

During this time there had continued to be an increase in the number of people with TB, with relatively little attention being paid to the problem of TB and HIV co-infection.

“it broke the back of AIDS denialism. It was ambitious and expansive, it set a target of appropriate packages of treatment care and support to 80% of HIV positive people and their families by 2011, it strengthened programmes to prevent mother to child transmission, it introduced the idea of a program of voluntary male circumcision.”

“It was strategically necessary to pack it with every programme we knew had some efficacy because AIDS denialism had placed us seven years behind the AIDS epidemic.”

By 2011 the HIV epidemic in South Africa had stabilised but at a very high level with a national antenatal prevalence rate of around 30%. South Africa was also ranked the third highest in the world in terms of TB burden with an incidence that had increased by 400% over the previous 15 years.

There had however by the end of this period been some notable achievements in the development of TB and HIV control. By 2011 1.4 million people with HIV had started taking antiretroviral treatment, 250,000 men had undergone medical male circumcision and AIDS denialism had mainly come to an end. There had been an improvement in TB case detection and there had also been a rapid scale up of faster TB and MDR TB diagnosis.

When it came to the next five year plan there was no separate plan for HIV, but rather one plan to cover HIV and all STIs as well as TB. The aim was to particularly improve prevention efforts for both TB & HIV.

Four of the main goals were: 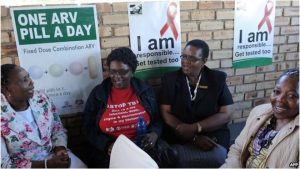 The period of this strategic plan saw a considerable reduction in new cases of both TB and HIV. The decrease in incidence did not though reach the 50% target set in the NSP. The reduction in new HIV cases was mainly due to the fact that large number of people living with HIV were no longer infectious due to the fact that they were receiving ARV therapy.

It was considered by some people that during this five year period South Africa “turned a corner” in relation to TB. Pro-active identification of TB was introduced. TB testing with Genexpert was introduced countrywide. There was also better detection of TB among people living with HIV.

Treatment success rates steadily improved and there were intensified efforts in providing services for high risk populations in correctional facilities, the mining industry and people in informal settlements. However an estimated 150,000 TB cases remained undiagnosed and it was also said by the South African National AIDS Council (SANAC) that:

"We need to give TB and indeed sexually transmitted diseases the same attention that we give to HIV".

By 2016 the very significant achievements in respect of HIV and TB were said by the South African government to include:4“National Strategic Plan on HIV TB and STIs 2017 - 2022”,
www.hst.org.za/publications/Pages/NonHSTPublications.aspx